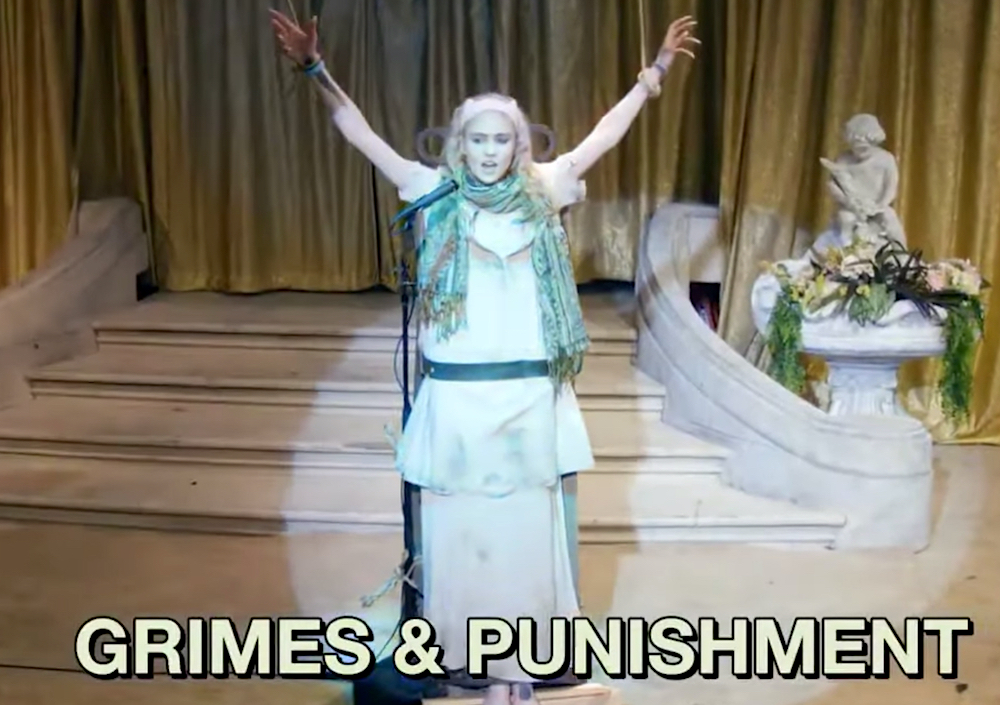 Grimes appeared on the most recent episode of The Eric Andre Show, which aired as part of Adult Swim’s lineup on Sunday. The segment, which was filmed back when Grimes was still pregnant, has Andre introducing “Grimes And Punishment” and performing as she’s tortured in various different ways.